See also this later activation of the same summit in 2015. 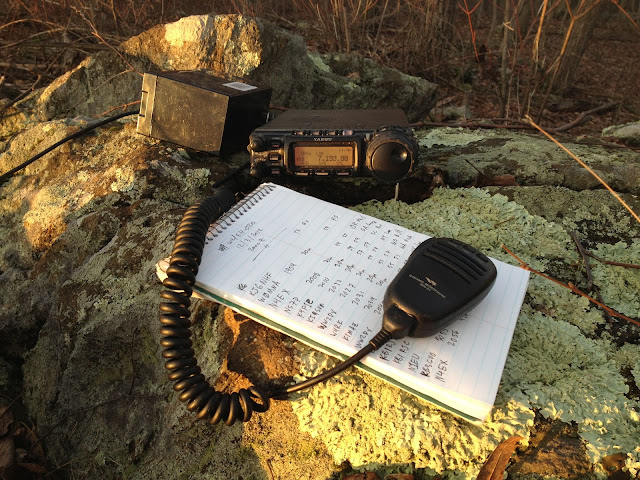 I took advantage of the warm temperatures this December afternoon to do a quick solo hike. This summit without a name was in the town of Putnam, NY, just over the Connecticut border. I parked at a pull-off along Tower Hill Road (Hardscrabble Road in CT) and walked up the paved access road to the summit. 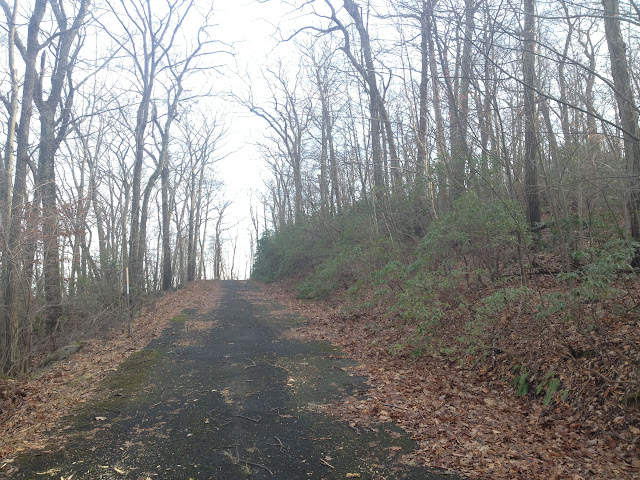 It was a steady climb and only took about 20 minutes to reach the top. There is a big transmission hut and tower at the top with more metal up top than I’ve ever seen. I guess it was once owned by AT&T as part of the national microwave backbone network before it was decomissioned. It was then owned by a private individual and now the town (New Fairfield?) owns it and uses it for public service, etc. There’s also a repeater or two up there. 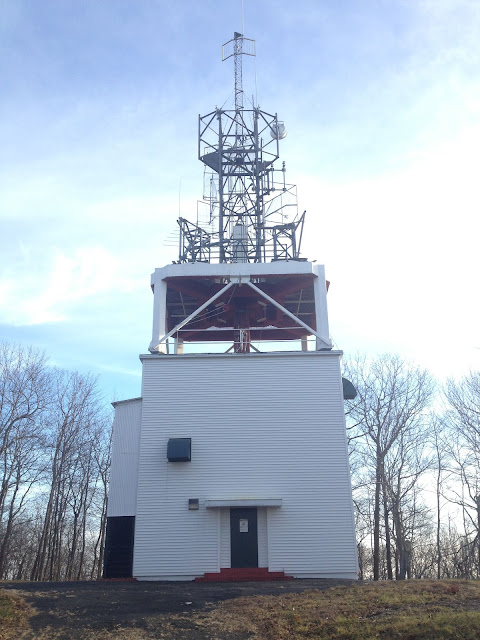 I set up the Buddipole for 20m, and while I was tuning up and testing, I got an instant call back fom W0MNA in Kansas before I even got to call CQ! However, things went slowly after that. I expect most chasers were at work, since it was a Monday. It took me 20 minutes to eke out the first four contacts. 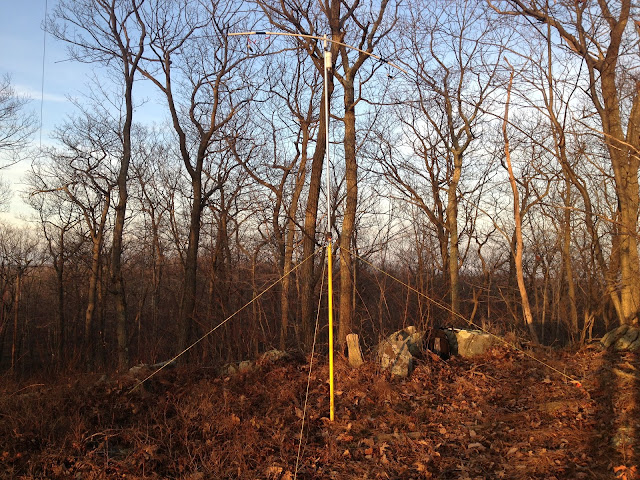 I heard N4EX way down in the noise, but he was just not making it, and he could not copy me at all. He posted on SOTAwatch asking if I could go to 40m. Now, the stock homebrew Buddipole was not designed for 40m. The whips are just too short for it to be efficient. However, it couldn’t hurt to try. To make the antenna as electrically long as possible, I connected both the 20m and 15-10m coils in line for each arm of the dipole, then adjusted the length of the whips for the lowest SWR. It was not a great match, and the FT-857 complained a little bit, but I kept the power low, posted a self-spot, and started calling CQ. 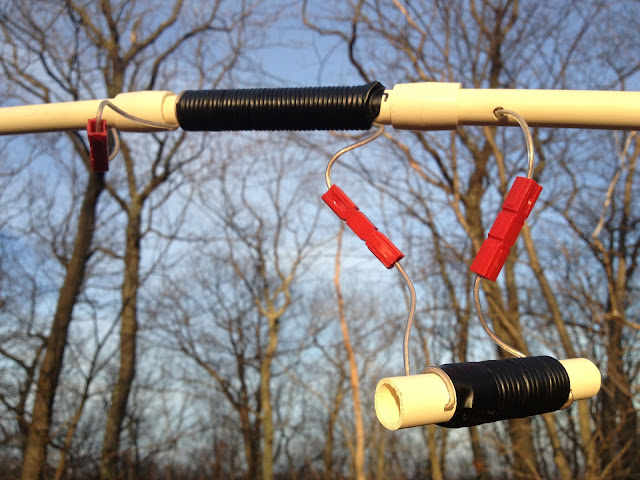 Just like that I snagged a handful of local stations in MA, NH, PA, and Quebec. N4EX came back and gave me a 58 from North Carolina. K1MAZ near Springfield, MA gave me a 55 on 20m and a 59 on 40m. What a difference a band makes.

This trip has convinced me that I need 40m capability for portable operations. 14 MHz is just too high to work local stations via groundwave when you don’t have line of sight. 7 MHz is much more reliable, even during the daytime, but it won’t result in much DX.

One possibility is to create custom 40m coils for the Buddipole. I will do some simulations in NEC to see if I can find an inductance that gives a reasonable match. The more attractive option is to set up quarter-wave vertical wire with a counterpoise and tuner. I have the SOTA Tuner from QRPkits that I have not had a chance to use in the field. Maybe this would be a good chance to play with that.

In all, a successful experiment, a nice hike in the woods, and great people to talk with on the air. What more could I ask for?